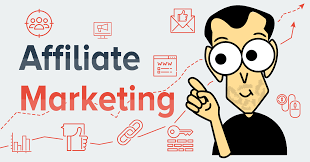 How to do affiliate marketing in amazon 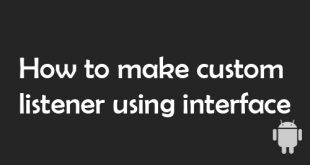 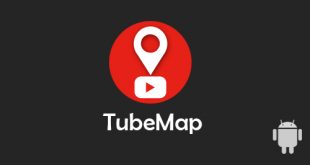 TubeMap- An android app to explore the video world!!

In software engineering, a design pattern is a general repeatable solution to a commonly occurring problem in software design. A design pattern isn’t a finished design that can be transformed directly into code. It is a description or template for how to solve a problem that can be used in many different situations.

Some examples of design patterns include singleton, factory, and observer patterns. The singleton pattern ensures that only one instance of a class is created, providing a single point of access to that instance. The factory pattern provides a way to create objects without specifying the exact class to be created. The observer pattern allows objects to observe and be notified of changes to other objects.

Design patterns can be very useful for software developers as they provide proven solutions to common problems and can improve code quality and maintainability.

A singleton is a design pattern that ensures that only one instance of a class can exist at a time. This can be useful in situations where you only want one object to manage certain resources or provide a certain service.

For example, imagine that you are building a video game and you want to have a class that keeps track of the player’s score. You only want one instance of this class to exist, so that whenever any part of the game wants to update the score, it can access the same instance of the class.

Here’s how you might implement a singleton class to track the player’s score in JavaScript:

To use this class, you can create an instance of the ScoreTracker class like this:

Now, whenever you want to access the current score, you can use the getScore() method:

And whenever you want to update the score, you can use the setScore() method:

The singleton design pattern can be useful in many different situations, and it’s an important concept to understand in computer programming

For example, imagine that you are building a game and you want to have different types of enemies that the player can fight. You could create a separate class for each type of enemy, but that would be a lot of work and it would make your code difficult to maintain. Instead, you could use a factory to create the enemies for you.

Here’s how you might implement a factory class to create enemies in JavaScript:

To use this class, you can create an instance of the EnemyFactory class like this:

A builder is a design pattern that allows you to create complex objects step by step, using a specific order. This can be useful in situations where the objects you want to create have many different parts or require a lot of setup before they can be used.

For example, imagine that you are building a game and you want to have different types of characters that the player can control. Each character has a name, a set of abilities, and some equipment, and you want to make it easy to create characters without having to specify all of these details every time.

Here’s how you might implement a builder class to create characters in JavaScript:

Now, you can use the setName(), addAbility(), and addEquipment() methods to specify the details of the character you want to create. Each of these methods returns the builder object, so you can chain the method calls together like this:

Observer pattern is a way to design your software so that one object can be notified when another object changes. This is useful when you have multiple objects that need to be kept in sync with each other.

Here’s a simple example: imagine you have a weather app that shows the current temperature. The temperature is stored in an object called “WeatherData”. When the temperature changes, the app needs to update the display to show the new temperature.

Using the Observer pattern, the WeatherData object can notify the app when the temperature changes. The app can then update the display to show the new temperature.

Using the Observer pattern in this way allows the WeatherData and App objects to work together without knowing too much about each other. This makes it easier to modify and maintain the code.

Love to do fun with programming and build something new.. :)
Previous How to do affiliate marketing in amazon 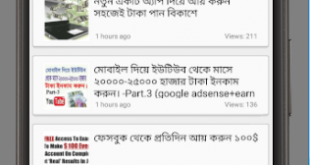 Sometimes we found “Android images in emulator is blurry” or not clearly visible at all.. …

Powered by WordPress | Designed by TieLabs
© Copyright 2023, All Rights Reserved